Helping You Enhance Your Quality of Life

We offer comprehensive solutions to your unique healthcare needs.

What is Elder Abuse?

There’s an elderly neighbor you’ve chatted with at civic meetings and block parties for years. When you see her coming to get her mail as you walk up the street, you slow down and greet her at the mailbox. She says hello but seems wary, as if she doesn’t quite recognize you. You ask her about a nasty bruise on her forearm. Oh, just an accident, she explains; the car door closed on it. She says goodbye quickly and returns to the house. Something isn’t quite right about her. You think about the bruise, her skittish behavior. Well, she’s getting pretty old, you think; maybe her mind is getting fuzzy. But there’s something else – something isn’t right.

As elders become more physically frail, they’re less able to stand up to bullying and or fight back if attacked. They may not see or hear as well or think as clearly as they used to, leaving openings for unscrupulous people to take advantage of them. Mental or physical ailments may make them more trying companions for the people who live with them.

Tens of thousands of seniors across the United States are being abused: harmed in some substantial way often people who are directly responsible for their care.

More than half a million reports of abuse against elderly Americans reach authorities every year, and millions more cases go unreported.

Where does elder abuse take place?

Elder abuse tends to take place where the senior lives: most often in the home where abusers are apt to be adult children; other family members such as grandchildren; or spouses/partners of elders. Institutional settings especially long-term care facilities can also be sources of elder abuse.

The different types of elder abuse

Abuse of elders takes many different forms, some involving intimidation or threats against the elderly, some involving neglect, and others involving financial chicanery. The most common are defined below.

Physical elder abuse is non-accidental use of force against an elderly person that results in physical pain, injury, or impairment. Such abuse includes not only physical assaults such as hitting or shoving but the inappropriate use of drugs, restraints, or confinement.

In emotional or psychological senior abuse, people speak to or treat elderly persons in ways that cause emotional pain or distress.
Verbal forms of emotional elder abuse include:

Nonverbal psychological elder abuse can take the form of:

Neglect or abandonment by caregivers

Elder neglect, failure to fulfill a caretaking obligation, constitutes more than half of all reported cases of elder abuse. It can be active (intentional) or passive (unintentional, based on factors such as ignorance or denial that an elderly charge needs as much care as he or she does).

This involves unauthorized use of an elderly person’s funds or property, either by a caregiver or an outside scam artist.

Typical rackets that target elders include:

Carried out by unethical doctors, nurses, hospital personnel, and other professional care providers, examples of healthcare fraud and abuse regarding elders include:

Signs and symptoms of elder abuse

At first, you might not recognize or take seriously signs of elder abuse. They may appear to be symptoms of dementia or signs of the elderly person’s frailty – or caregivers may explain them to you that way. In fact, many of the signs and symptoms of elder abuse do overlap with symptoms of mental deterioration, but that doesn’t mean you should dismiss them on the caregiver’s say-so.

The following are warning signs of some kind of elder abuse:

If you suspect elderly abuse, but aren’t sure, look for clusters of the following physical and behavioral signs. Signs and symptoms of specific types of abuse

In addition to the general signs above, indications of emotional elder abuse include:

Neglect by caregivers or self-neglect

It’s difficult to take care of a senior when he or she has many different needs, and it’s difficult to be elderly when age brings with it infirmities and dependence. Both the demands of caregiving and the needs of the elder can create situations in which abuse is more likely to occur.

Many nonprofessional caregivers – spouses, adult children, other relatives and friends – find taking care of an elder to be satisfying and enriching. But the responsibilities and demands of elder caregiving, which escalate as the elder’s condition deteriorates, can also be extremely stressful. The stress of elder care can lead to mental and physical health problems that make caregivers burned out, impatient, and unable to keep from lashing out against elders in their care.
Among caregivers, significant risk factors for elder abuse are:

Even caregivers in institutional settings can experience stress at levels that lead to elder abuse. Nursing home staff may be prone to elder abuse if they lack training, have too many responsibilities, are unsuited to caregiving, or work under poor conditions.

The elder’s condition and history

Several factors concerning elders themselves, while they don’t excuse abuse, influence whether they are at greater risk for abuse:

In many cases, elder abuse, though real, is unintentional. Caregivers pushed beyond their capabilities or psychological resources may not mean to yell at, strike, or ignore the needs of the elders in their care.

If you are an elder who is being abused, neglected, or exploited, tell at least one person. Tell your doctor, a friend, or a family member whom you trust. Other people care and can help you. Or call the Abuse Hotline at 1-800-962-2873. In other parts of the country, you can also call Eldercare Locator at +1-800-677-1116.

The first agency to respond to a report of elderly abuse, in most states, is Adult Protective Services (APS). Its role is to investigate abuse cases, intervene, and offer services and advice. Again, the power and scope of APS varies from state to state. However, every state has at least one toll-free elder abuse hotline or helpline for reporting elder abuse in the home, in the community, or in nursing homes and other long term care facilities

How do I report suspected elder abuse?

The 500,000 to 1,000,000 reports of elder abuse recorded by authorities every year (the vast majority of which are proven to be true) are only the tip of the iceberg; according to data from different states, for every case of elder abuse reported, another 12 or 13 are not. Accordingly there’s a great need for people to report suspected abuse.

In every state, physical, sexual, and financial abuses targeting elders that violate laws against assault, rape, theft, and other offenses are punishable as crimes. With some variation among states, certain types of emotional elder abuse and elder neglect are subject to criminal prosecution, depending on the perpetrators’ conduct and intent and the consequences for the victim.

States differ on who is required to report suspected elder abuse (there’s no federal standard), though the categories of mandatory reporters are expanding. Typically, medical personnel, nursing home workers, peace officers, emergency personnel, public officials, social workers, counselors, and clergy are listed as mandatory reporters, and that responsibility is spreading to financial institutions and other entities that work with seniors.

While it’s important for elders to seek refuge from abuse, either by calling a local agency or telling a doctor or trusted friend, many seniors don’t report the abuse they face even if they’re able. Many fear retaliation from the abuser, while others believe that if they turn in their abusers, no one else will take care of them. When the caregivers are their children, they may be ashamed that their children are behaving abusively or blame themselves: “If I’d been a better parent when they were younger, this wouldn’t be happening.” Or they just may not want children they love to get into trouble with the law.

Reporting Elder Abuse : How to Stand Up for an Older Adult in Need
Tips for communicating effectively in different situations.

What you can do as a caregiver to prevent elder abuse

If you’re overwhelmed by the demands of caring for an elder, do the following:

And remember, elder abuse help lines offer help for caregivers as well. Call a helpline if you think there’s a possibility you might cross the line into elder abuse.
What you can do as a concerned friend or family member

How you can protect yourself, as an elder, against elder abuse

Authors: Laurence Robinson , Tina de Benedictis, Ph.D., and Jeanne Segal, Ph.D. Last updated June 2011 © 2001-2011. All rights reserved. This reprint is for information and support only and NOT a substitute for professional diagnosis and treatment. Visit WWW.HELPGUIDE.ORG for more information and related articles. Hi-Tech Nursing

How does it work? Total Home Health Care’s Hi-Tech nurses, knowledgeable in the disease process, infection prevention and maintenance techniques, come into the home and instruct and train patients and caregivers to use infusion therapies, maintain access devices and to practice infection control. This ensures that the patient will remain independent because they can assume the responsibility of caring for themselves by complying with the medical regimen needed to ensure recovery.

Who provides this service? The administration of home infusion therapies requires RNs who are IV and PICC line certified and have at least one year of experience in the hi-tech field. Total Home Health Care’s hi-tech nursing team focuses on infusion therapies, the use of access devices, medication delivery methods and infection control. They use cutting-edge protocols and are technically proficient in all areas of hi-tech care. Our Clinical Nursing Supervisor directs the team of experienced RNs. 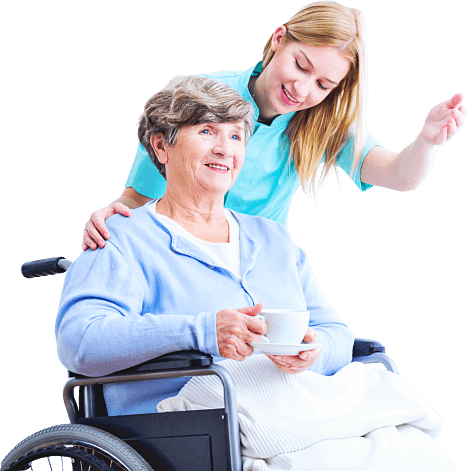